I lost 0.2 lbs this week I was aiming for 1.45 lbs. I worked out 6 days last week and burned an average of 3633 (In the interest of clarity 2341/day as estimated by workout equipment. The other 1292/day are from FitBit which causes the number to be skewed on account that some of these calories have been accounted for by the workout equipment) calories per day in exercise. Consumed an average of 1700 – 2000 calories per day.

This past week was a bit of a struggle for me. I managed to stick to 80% of my nutrition plan but the other 20% was driven by emotional eating. Emotional eating is something that has been difficult to overcome. Using food as a source of comfort is part of the thing that got me to weight 438 lbs. I tend to be a very guarded person because of past experiences as a result it is very difficult for me to open up to others. Last week I reached out to someone whom I’d known in a causal way for a few months and it resulted in polite rejection. The situation immediately put a pit in my stomach. Feelings of anxiety and depression often drive me to food for refuge. It was no different this week since I did allow myself to indulge in less than ideal foods. As can be expected the food did not take away the feelings. I was feeling sad and confused.

One of the positive psychological benefits of systematic exercise is the development of a sense of personal mastery and positive self–regard, which we believe is likely to play some role in the depression–reducing effects of exercise. —James Clear

My emotional eating was not totally out of control thanks to the healthy habits I have developed over the last year. The thing that helped the most as it turns out was throwing myself into harder and longer workouts. At first I felt as if I was dragging thru a tar pit because of how I was feeling emotionally. Eventually that pit in my stomach went away and was replaced with pride and an increase in my self worth. I had come to the conclusion that I was hinging my self worth on what other people thought of me and the feeling of rejection. This is something that I need to work on as I continue to move ahead thru this journey. I feel frustrated with the fact that I seem to keep needing to learn this lesson over and over but I’m hoping that by documenting it here I will leave a formal reminder to myself.

Goal for this week is to consume no more than 1653 calories per day. Burn an average of 1486 calories per day in exercise over 6 day period. Weight loss goal is to lose 1.42 lbs. 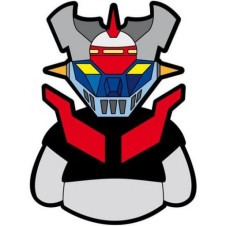